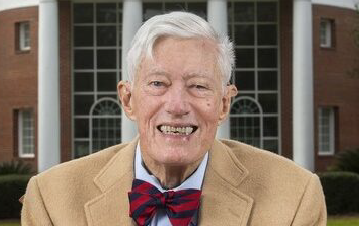 “An anonymous donor provided the gift, which will support a legal scholar to be known as the D’Alemberte Distinguished Endowed Chair, whose research and teaching are exemplary and who will bring acclaim to the law school,” according to the university. “The chair will serve as a lasting tribute to former law school dean and university president Sandy D’Alemberte, whose contributions to the law school, university, state, country, and world were outstanding and many.”

Per the gift agreement, the person who holds the chair will share Sandy’s passion for freedom of speech and have expertise in constitutional law.

“We are very grateful for this gift and appreciate that it will allow us to memorialize one of the greatest attorneys and humans to grace our campus,” according to a press release published on the law school’s website.

D’Alemberte, who helped write and push through Article V of the Florida Constitution that modernized the state’s courts and served as ABA president, died in 2019.