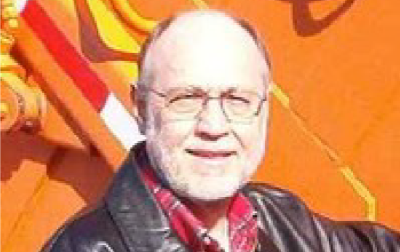 Despite his dynamic and accomplished career in public service—one that took him from South Florida to Silicon Valley on the West Coast and Washington, D.C. on the East Coast—Tom Henderson is more enamored to boast about the achievements of his sons, Scott and David, than his own accolades.

“I have to tell you this story …” he began, smiling as he recounts a memory of his sons’ time studying abroad with the FSU London Program. “The kids and I are best friends,” Henderson mentions at one point. “They like to still hang with dad, which I find pretty cool.”

Following in Henderson’s path, his sons majored in political science during their time at Florida State University, helping them commence their subsequent careers. Their shared experience was a part of the inspiration behind Henderson’s decision to give back to the university which has been foundational to their family’s success.

When he found himself at home due to the onset of the pandemic, Henderson passed the time by pursuing investment ventures, ensuring he put his prosperity to good use. This decision led to his $250,000 pledge to establish the Henderson Endowed Professorship. The first of its kind within the FSU Department of Political Science.

“There have been a lot of successful people who have come through the Political Science department,” he said. “To think support of this magnitude doesn’t currently exist from them certainly influenced this gift.”

Through Henderson’s generosity, the Henderson Endowed Professorship will provide much-needed salary stipends, supplemental research funding and graduate student allowances. It supports the recruitment and retention of an exceptional faculty member whose expertise will further enhance the quality of teaching and research vital to maintaining a first-rate program for students.

“All of us who were privileged enough to receive an education need to pass it forward,” Henderson passionately expressed. “FSU has seen a rise in the rankings, and it is in tribute to not only the students but to the people who work here each and every day. If a university is expected to continue improving, we need to do better at providing adequate resources and support. I hope more people recognize the need and step up.”

Dr. Tim Chapin, dean of the FSU College of Social Sciences and Public Policy, could not agree more. “We remain appreciative to those who carry on their FSU legacy through ensuring generations of students can encounter similar experiences from when they were on campus,” he said. “I thank Mr. Henderson for advocating for their successful futures and talented scholars within the field.”

Surely through this gift, Henderson’s sons will proudly be able to boast of him.

Learn more about supporting the FSU Department of Political Science.